This project, which is supported by the National Heritage Lottery Fund, is about introducing our local Luton heritage to school students through researching the town’s history, capturing individual family stories connected to those buildings.

In partnership with local schools and the University of Bedfordshire, national curriculum standard classroom learning material will be developed for primary and high school children.

The focus of this project is centred around the history of the hat industry in Luton, how and why it developed, grew, and eventually declined over the years.

The Growth of the Hat Industry

During the 1800s Luton grew from a small market town to a large industrial centre. The main driving force behind this change was the hat industry. The hat factories of Luton were depended on the surrounding countryside for their raw material. This was straw plait, the manufacture of which played a large part in the rural economy of south Bedfordshire and north Hertfordshire. Straw hat making began in this area long before the great hat factories of Luton made it an industry.

There is evidence that from the mid 1600s people were plaiting straw and making straw hats in the Luton area. By the late 1600s straw plaiting and hat making had become an important part of the local economy.

It was in the years between 1820 and 1840 that Luton began to take the lead in becoming the hat making centre in England.

Initially most factories were small workshops in or behind houses and nearly all the work was done by hand, mainly by women and children, although when trade was good, men would plait after finishing their normal day’s work.

An average week’s earnings from plaiting were five shillings. To apply inflation from the 1900s figure, a current equivalent would be £32, which is clearly not a significant amount for a weeks work.

The extent to which the plaiting industry relied upon children is revealed by the establishment of plaiting schools around Luton at the start of the 19th century. An 1870 Act of Parliament made it compulsory for children to attend school from 5 to 12 years.

These plaiting schools, found in every town and village in the area, and although they were described as schools, in fact they resembled sweat shops rather than places of learning.

Children were generally taught the basics of plaiting at home before being sent to a plait school between the ages of 3 and 4 when their work was considered to be financially viable. Even younger children could be found in the schools and although unable to plait, children as young as two might be tasked with clipping the loose ends of straws ‘with their scissors tied to their bodies’.

The experience of the children was a combination of the long hours, harsh discipline, including canning and working in overcrowded cramped conditions. Typically, over 40 children plaited in a room 10 feet square, and at busy times the same room held 60 children.

It was rare for any other subject to be taught, as the main function of the mistress was to ensure that the children completed their work.

The 1833 Factory Act set the limits on the number of hours that children could work:

The 1867 Factory Act, banning the employment of children under the age of nine, should have closed the plait schools, but a loophole in the Act allowed them to carry on until 1871. Even after the Education Acts of 1870 and 1880, which made education compulsory, parents kept their children away from the board and village schools in order to plait.

It is estimated that 10,000 children attended such schools in Bedfordshire at any given point during the first half of the 19th century, with as many as 13,000 during the peak of the industry in the 1860s. The schools charged weekly fees of 2p or 3p, (approximately £1.80 in today’s money) and the children would be expected to earn between 9p (£5.12) a week aged 8 to as much as 3 shillings (£19.20) a week by the age of fourteen. Although straw plaiting could be done outside, and the children were therefore able to get some fresh air, it also meant that the children were expected to work on their plait almost constantly.

The Expansion and Decline of the Hat Industry

As the hat industry grew and expanded, so did the number of factories producing hats. Some were large purposed designed buildings, others remained small and operated out of individual cottages.

In Luton most of the factories were centred in and around the town centre and the High Town Area. The maps below show the location of over 50 factories of varying sizes.

A plan from 1932 illustrates the remarkable density of hat factories, warehouses and associated industries in Luton’s town centre.  .

The Luton Hat industry at its peak during the period from the late 1800s to 1930-40s it employed 10000s of people locally and it has been estimated that in the 1930s over 70 million hats were manufactured per year in Luton and the surrounding areas, which were exported around the world. 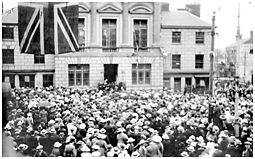 This photo taken outside the Town Hall on the 19thJuly 1919, shows almost everyone wearing a hat, mainly the famous Luton straw boater.
This was the day of the infamous Peace Day riots, when the Town Hall was torched by unhappy Lutonians and burnt to the ground following the end of World War 1.

The industry began its decline in 1940-50s, which was due to a combination of changes in fashion, the wearing of hats for both men and women became less common place and from the competition from cheaper imported hats manufactured outside the UK.

Walter Wrights Hat Factory at 2 Albion Road, which still produces hats and 2 other former factories, which are no longer operating factories; the Hat Works at 47 Guildford Street and The Gurney Building at 64 Bute Street: 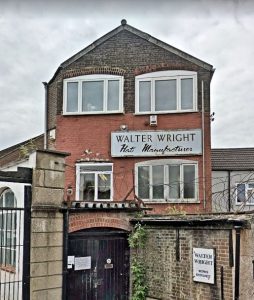 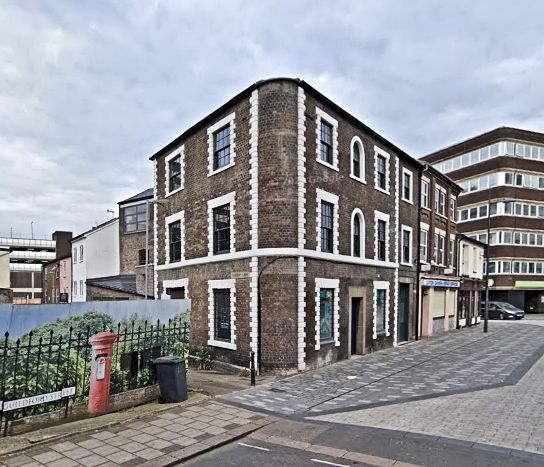 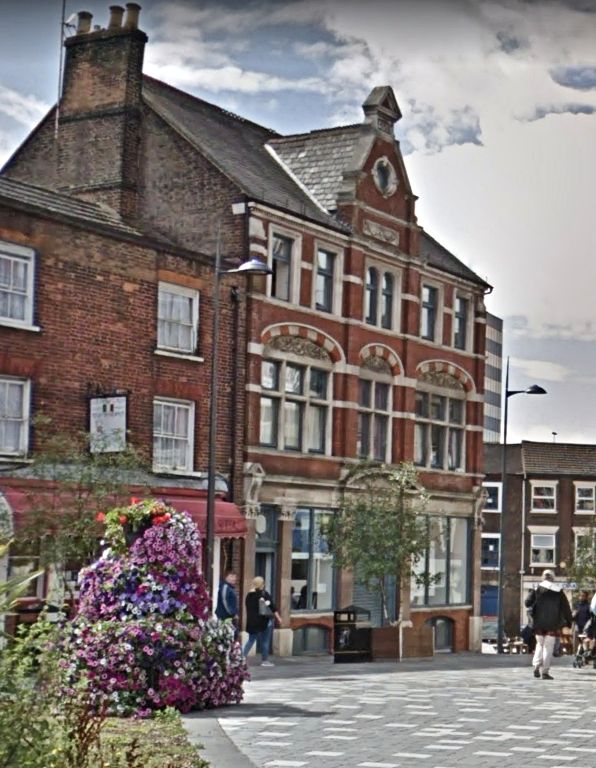 We will describe the buildings, their history and what happened to them over the years. In addition, we will supplement these historical summaries, with family stories from people with experience of what working in the hat industry was like, either personally, or from family members.

Luton has had a history of people migrating to the town often for work and the classroom material will also explore the impact of migration to Luton.

In the context of the growth of the hat industry from the 1800s the population increases of the town were in part a result of people moving to Luton initially from the surrounding the town from Bedfordshire and Hertfordshire to work in the hat industry.

With the decline of the hat industry, this pattern of migration continued as other industries for example motor manufacturing replaced the making of hats.

The classroom material will also explore the impact of climate change.

Looking to the future of the area

The Cultural Trust Luton, a registered charity, had developed, in conjunction with Luton Borough Council and others, ambitious plans for the area around Bute Street, Cheapside and Guildford Street to create a cultural and performance area with what has been defined as the Hat District within the Cultural Quarter.

The aim is to save some of the former hat factories, repair and redevelop them, and to develop performance, exhibition, and creative workspaces as part of a wider urban regeneration plans for this part of the town centre.

This video tells the story of the Hat Industry in Luton from its early day, through its expansion and decline.

The story of the Hat Industry in Luton

Foxdell Primary, Challney Boys and Putteridge Schools, Luton have all prepared some learning material in support of this project. It shows how immigration, both inward and outward, since the time of the Romans has shaped Luton into the town we know today. They will also help school students become more aware of the history of their town. The following video records the visit to Foxdell Primary School and captures some of the interaction between Philip Wright, the owner of one of the last remaining hat factories in Luton and the children. Phillip talked about hat making and children could ask questions and try on some of the unique hats he brought along with him.

Please use the following form to log into the download section of the website and gain access to the teaching material produced by Challney Boys High School, Luton. The material is available free to schools to download through this website. If you have not already registered then you will need to complete the registration form.